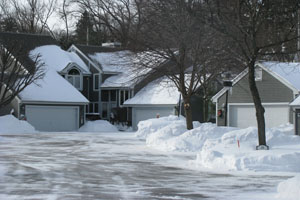 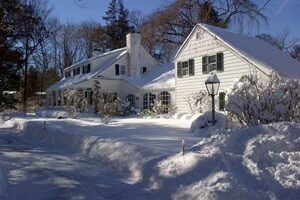 This winter has had some record-breaking low temperatures across New Jersey. Bergen County homeowners got their first taste of frozen pipes!

Frozen pipes are not uncommon

When water freezes, it expands, and if it expands enough, the pipe can break. It’s not the expansion of ice against the pipe wall that causes it to burst, but rather a blockage that forces the pressure of water downstream. This increased pressure is what ultimately leads to pipe failure. Pipes can freeze when the temperatures reach below 20 degrees Fahrenheit.

Houses that are built in colder climates generally have water pipes built on the inside of the building insulation to protect them from cold temperatures. However, when the temperatures drop significantly low – like what we saw when the polar vortex ripped through much of the country – the flow of cold air that comes into contact with the pipes can cause freezing and bursting. So, it’s likely that your pipes froze because of these extreme temperatures.

There are certain pipes that are more vulnerable to freezing, such as those in the attic, crawl space and outside walls. These pipes are even more susceptible if they have holes or leaks. That’s why it’s important to inspect all pipes for potential leaks when winterizing your home. With such a cold winter upon us, pipes with holes and leaks as well as those located in sensitive areas, are also subject to freezing. 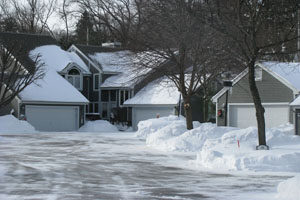 Here are some additional steps you should take when winterizing your home:

While the reason for frozen pipes is understandable, the effects of this issue can cause serious damage. Experiencing such a cold winter throughout much of the country, protecting your homes in the cold months is very important. Keep the above tips in mind,  especially if you had trouble with frozen pipes.