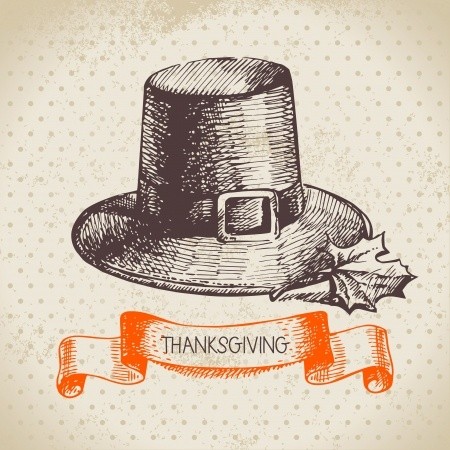 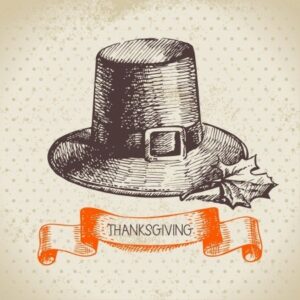 The story of the first Thanksgiving begins on the other side other side of the Atlantic Ocean. There the Church of England was persecuting anyone who did not buckle under to their absolute civil and spiritual authority. The Pilgrims, a band of only 40 brave souls, chose to fare the uncertainty of an ocean voyage and settling in a new land in search of freedom rather than being hunted down.

On August 1, 1620 the Mayflower set sail with 102 passengers on board and a crew of 25 to 30. The voyage was long and difficult aboard a tiny ocean faring vessel. The size of the ship was about 80 feet in length by 24 feet at its widest point. The living space for the boats occupants was about 58 feet by 24 feet! The trip lasted 66 days. Landing in New England in late November in what is now Provincetown Harbor, Massachusetts near Cape Cod.

While on board the ship, William Bradford, the leader of the Pilgrims along with others, constructed the Mayflower Compact which would outline a biblically based agreement of self-government with freedoms we still enjoy today. It was signed by all 41 adult male members of the group that landed. The original document is said to have been lost but it has been recreated by the writings of William Bradford’s journal along with the journal of another pilgrim, Edward Winslow.

Life proved to be a grueling existence in the cold and barren wilderness of the New World. That first winter, half of the Pilgrims and others aboard the Mayflower died from exposure, starvation and disease. They arrived too late to grow any crops or build shelters. They spent their time on board the Mayflower and searching out an existence on land. But come the spring, they found favor in the Indians who showed the Pilgrims how to plant corn.

At first the young colony shared all their work and produce equally among one another. This proved to be unsuccessful as some people would work little to enjoy the success of the industrious. Eventually this caused unrest among those who worked harder and then had to give up the fruits of their labor for those who were lazy. William Bradford wrote in his journal that this communal experiment “was found to breed much discontent and retard much employment”. Next Bradford tried a different tact. Every family was assigned their own plot of land to work and they were permitted to market their own crops and whatever they made. From Bradford’s diary: “This had very good success, for it made all hands very industrious, so as much more corn was planted than otherwise would have been…..”

The First Thanksgiving was all about giving thanks to Almighty God who made possible the good harvest and life and breath they enjoyed.

The First Thanksgiving was William Bradford thanking God for giving him the inspiration to set up a thriving colony that had a surplus of food for the first time.

This sentiment is repeated in George Washington’s Thanksgiving Proclamation of 1789… “We recommend to the people of the United States, a day of public thanksgiving and prayer to be observed by acknowledging the many and signal favors of Almighty God, especially by affording them an opportunity peaceably to establish a form of government for their safety and happiness.” 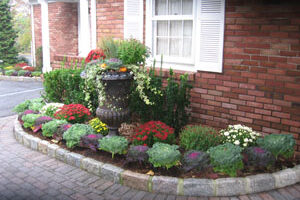 For some, Thanksgiving means four days off of work, football games, turkey feasts and the unofficial start of the Christmas Season. Think again of the sacrifice and endurance of those early days of our founding. Let’s be grateful for the success those freedoms have afforded to us these many years later.

The Lord bless our fellow countrymen this Thanksgiving Day from Horizon Landscape!